The City of Melbourne is using floating rubbish bins to stop litter washing into the Yarra River at Docklands.

"Unfortunately an estimated 1.4 billion pieces of rubbish flow into Port Phillip Bay from the Yarra and Maribyrnong rivers each year," the Lord Mayor said.

"Using Seabins we can collect up to 200 kilograms of rubbish a day. The Seabin units catch cigarette butts and plastic packaging as well as oil, detergents and micro plastics that can't be seen by the human eye.

"A Seabin is the size of a domestic rubbish bin and works like a pool skimmer. It floats on the water's surface and collects litter using an underwater pump."

The Seabins are emptied twice daily and data is sent to Seabin Foundation's Pollution Index® and Tangaroa Blue to help monitor the impact of debris along Australia's coastline as well as to inform City of Melbourne strategies for litter reduction. These include street-cleaning, litter traps, water sensitive urban design, and storm-water capture.

The Victorian Government also manages 18 litter traps on the Yarra River, nine of which are located within the City of Melbourne.

Chair of the City of Melbourne's Environment Portfolio, Councillor Cathy Oke, said food wrappers, cigarette butts, polystyrene, plastic bottles and rubber are some of the items that have been collected in the Seabins at Docklands.

"Water quality begins with people disposing of rubbish more carefully in our streets and suburbs. The Seabins need to be seen as the last line of defence before waste enters the bay," Cr Oke said.

"We're urging Melburnians to recycle as much as possible, say no to single-use plastic, and always dispose of rubbish mindfully."

Seabins were created by two Australian boat builders and surfers, Pete Ceglinski and Andrew Turton. Since 2017, their company The Seabin Project has sold 719 units in more than 30 countries.

Chief Executive Officer and Co-Founder at Seabin Project, Pete Ceglinski said the 'smart bins' have collected an estimated 1,000,000 kilograms of plastic in the last 12 months from locations in the 52 countries. 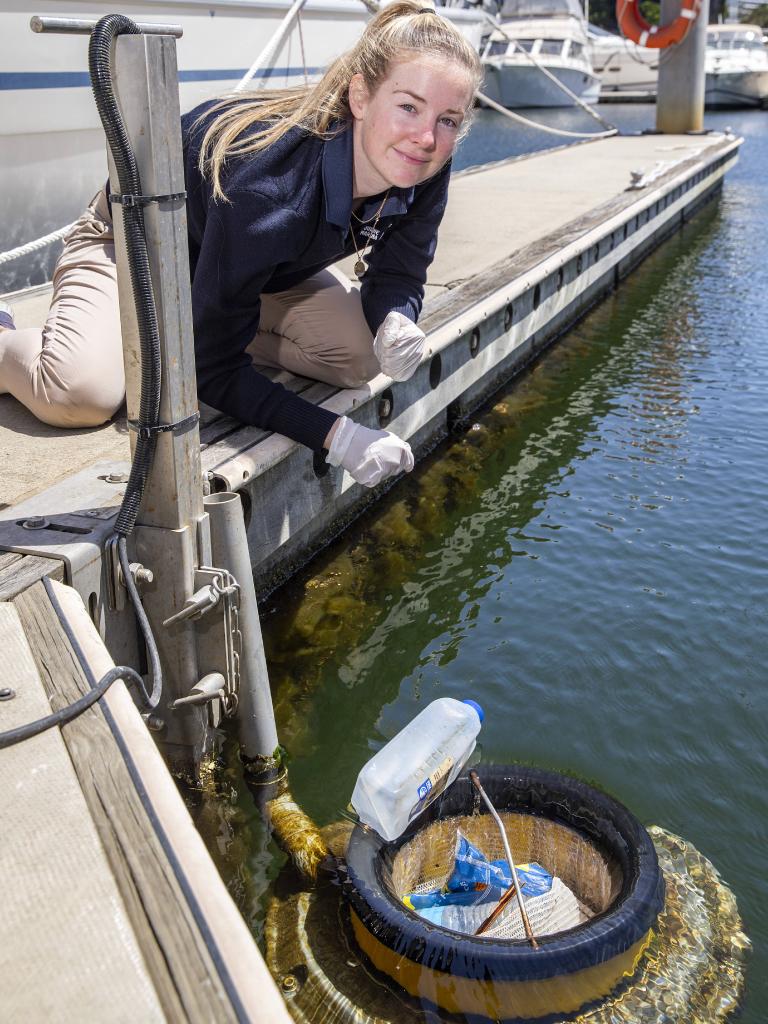 Each unit collects around 1.5 tonnes of plastic per year and includes high volumes of micro plastics, (items less than 5mm in size).

"The deployment of the Seabin fleet with City Of Melbourne is a critical first step in obtaining our objective of working with local, state and federal governments globally. Our ethos is simple, if we have rubbish bins on land, why not in the water?'

"With a focus on smart solutions for smart cities, we feel that the Seabin technology coupled with prevention has a significant role to play in reducing the amount of floating waste entering our oceans."

"Technology isn't the solution, but it's a great first step when education, science and community programs are run in conjunction using the Seabins as a tangible and visual communication platform."