Melbourne’s Lord Mayor Sally Capp has announced $50 million in funding to help mitigate the effects of the West Gate Tunnel. The City Council's cash will be matched by another $50 million from the Andrews' government.

The funding comes despite the city council having last year spent $750,000 fighting the toll road. The money will go towards a range of projects, including upgrading the banks of Moonee Ponds Creek – which will have two major off-ramps built over it as part of the toll road project.

The new $6.7 billion toll road is to be funded by the Andrews government extending Transurban’s lucrative contract to run CityLink for another decade. It will link the West Gate Freeway with CityLink in Docklands. Off-ramps from the new tollway will funnel thousands of cars daily through North and West Melbourne and Docklands, undermining decades of work by the council to reduce traffic in the city. 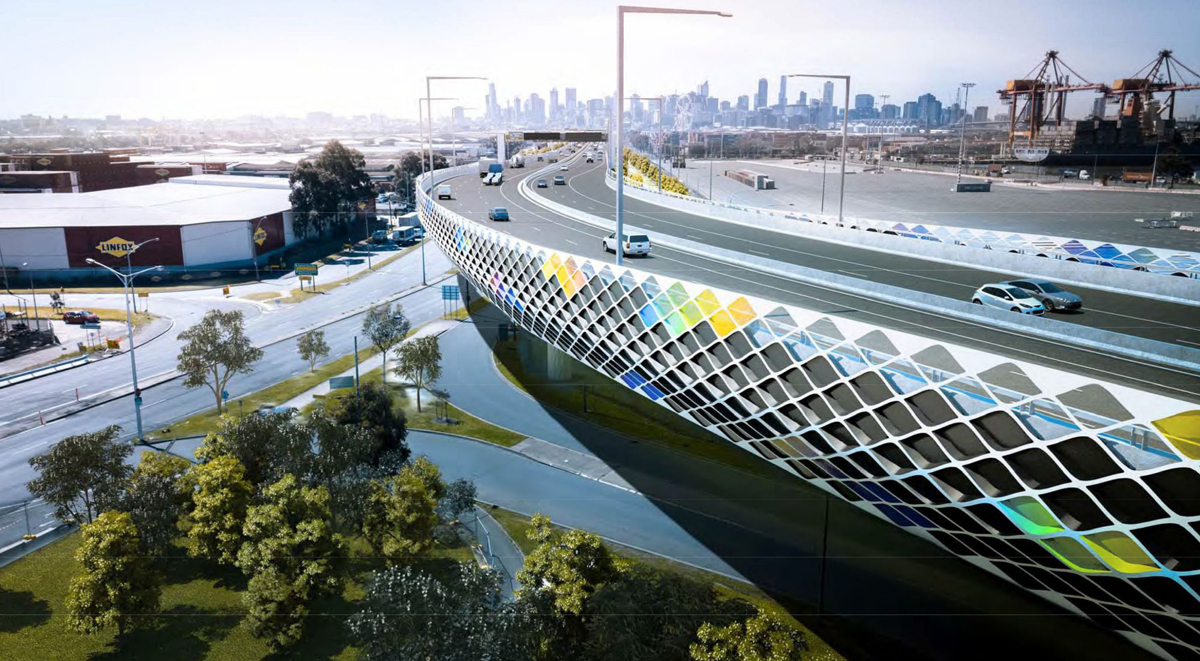 In February, the council listed among its major concerns that the new off-ramps to be built over the Moonee Ponds Creek would result in “peak-hour conditions for 12 to 14 hours in both directions on weekdays” along roads in North Melbourne.

So strong was its opposition that, in 2017, the council hired a high-calibre legal team that argued vehemently against the road at a government planning panel. On Friday, Cr Capp went with Treasurer Tim Pallas to the banks of the Moonee Ponds Creek to announce the funding.

Mr Pallas said the creek was “looking a bit tired and sorry at the moment”, and that the funding would help improve the area. “It could probably do with a bit of a spruce up,” said Mr Pallas, who said the “partnership between the state government and the City of Melbourne” represented "the two tiers of government working hand in hand on this issue. I think that investment will enhance not only the area, but give people a desire to be down here and use the creek,” Mr Pallas said.

In February, before Cr Capp's election, the council unanimously condemned the West Gate Tunnel as “contrary to long-established state and city policy and practice” because it would feed tens of thousands of cars daily into already congested central Melbourne roads. The road would have “significant negative effects and therefore is not supported”.

But that council meeting also found that some of the negative effects of the two major new toll road off-ramps could be mitigated. The council requested 10 “legacy projects” from the state government to help deal with traffic from the road. 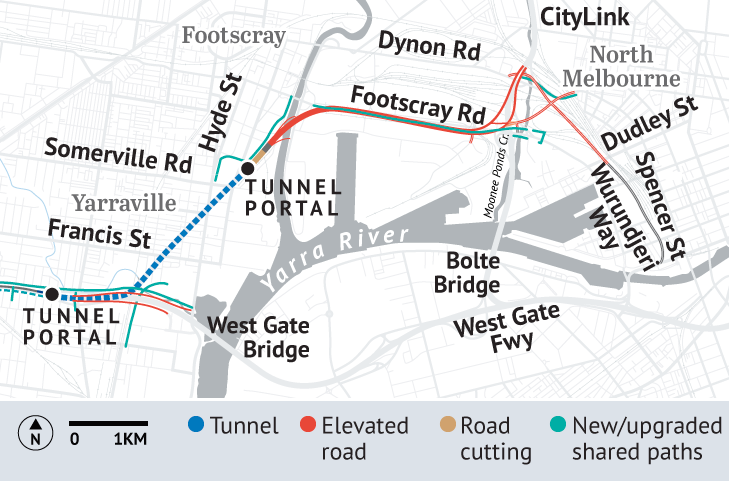 Among improvements sought were:

“Our job is to now ensure we get the best transport and safety and pedestrian and cyclist options that we can,” he said. “It’s a pragmatic solution to a situation that we in terms of transport did not believe was the best outcome.”