The rail yards next to Etihad Stadium could be covered by two AFL-sized sport fields in the coming years, if an exercise of lateral thinking from the City of Melbourne comes to fruition.

Acting Lord Mayor Arron Wood said the plan would link Docklands to the city and provide residents with much-needed multi-functional open space that could be used for sport and events. “New open space is something that the Docklands community is crying out for, it’s so important to liveability,” Cr Wood said. “The plans are to introduce some grassroots community facilities – two AFL-sized ovals which will be able to be used to the community.” 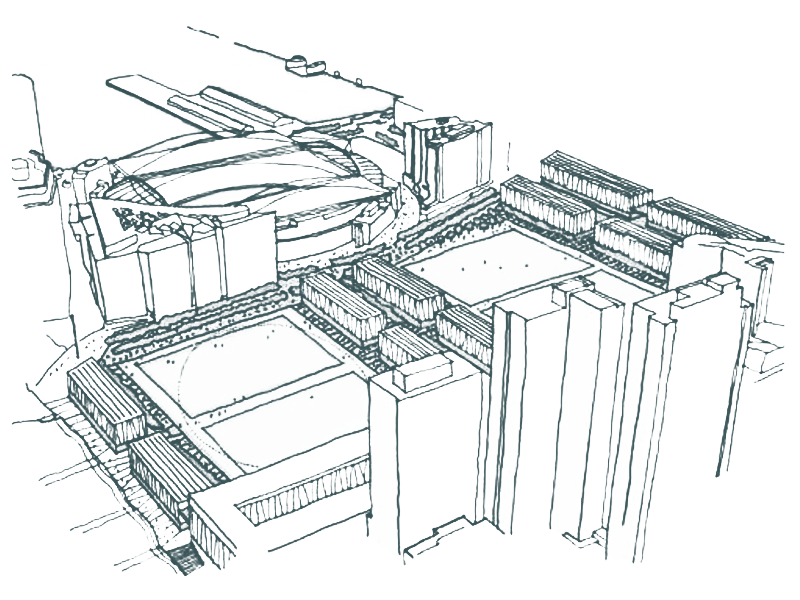 The idea focuses on some of the complications in planning for Melbourne’s future in terms of population growth and land availability. “The City of Melbourne commissioned a study that said by 2030 we need another 10 AFL-sized ovals,” Cr Wood said. “It’s proposals like this which we’re going to have to seriously look at to meet that demand. We’ve got to think really laterally with Melbourne’s population set to become 8-10 million.”

Cr Wood said green space was also important for cooling our city. The rail yards would be covered with lightweight decking, and he is positive about funding avenues for what is, at this stage, “just an idea”.

“It’s a long way down the track in terms of how we pay for it, but if you look at low rise development across those rail yards, that’s the sort of thing you’d see pay for a project of this scale,” he said. Cr Wood said the directions of both the AFL and the State Government were aligned with the council’s rail-oval vision.

“I’ve talked to a number of ministers about similar projects to this because delivering new sporting ovals, particularly of AFL size, is a really tough ask in our city as it grows so rapidly,” he said. “The AFL is really focusing on grassroots community sport and that’s what this would deliver. When we’re looking at the Etihad Stadium redevelopment ... I think it’s a very exciting concept to have the Etihad Stadium renewed and potentially became a real jewel.”